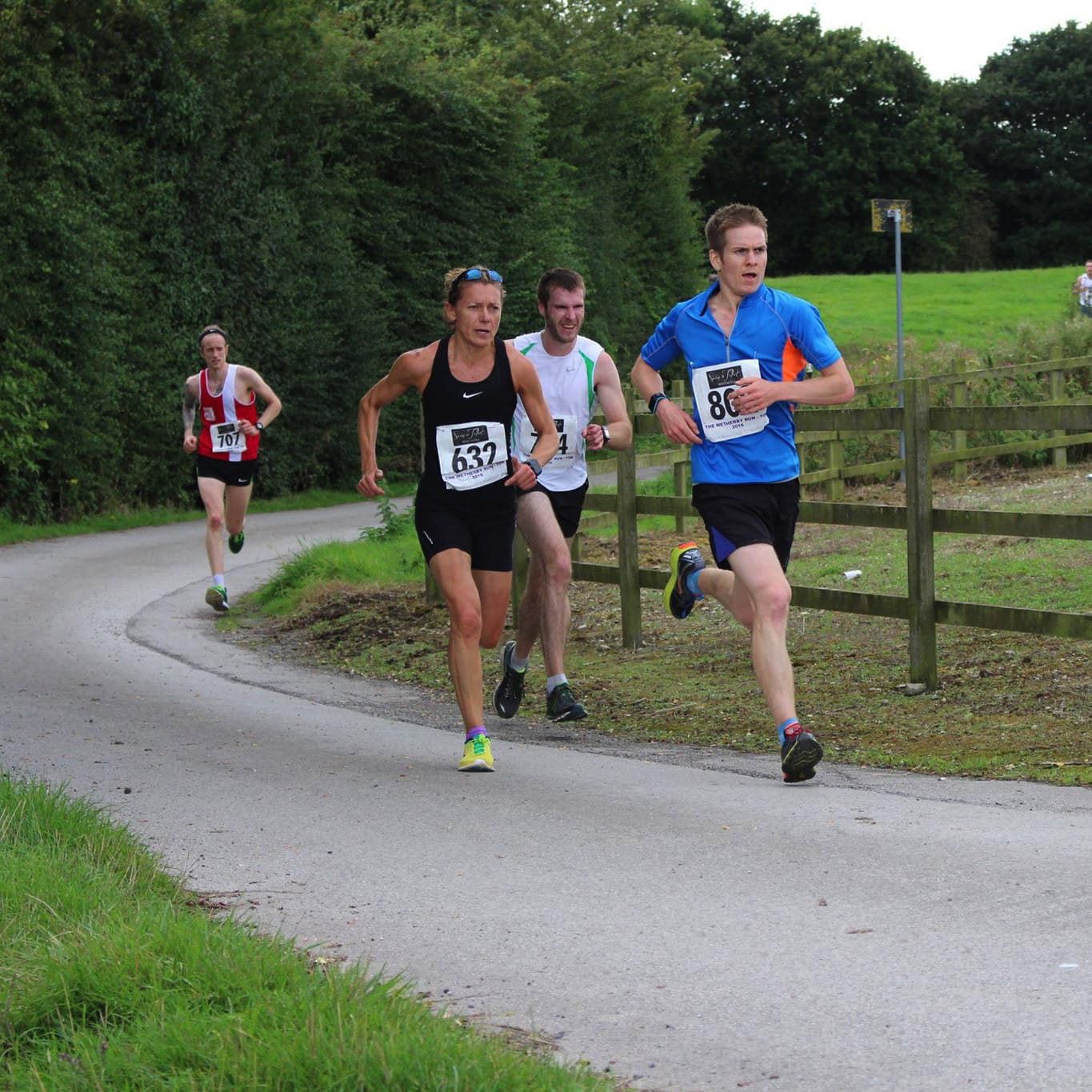 On Sunday 4th September I ran the Wetherby 10k. This was my second 10k, following on from the York 10k that I had run the month previously. I finished in 37:31 (official time) coming in 19th place out of 694 participants.

Once again, this was a spur of the moment decision. My marathon training plan stated that I needed to run 3 tune up races yet I had only at this point run 1 (the York 10k). Given that a number of my training sessions had been faster than they 'should' have been I decided that 1 more 10k would suffice.

I moved a few things around such that the day before was a 5 mile recovery run, but otherwise I did not taper for the race.

As far as training goes, as alluded to above, I had been religiously following Pfitzinger's 18/70 training routine. I was coming to the end of my 16th week of training.

I had intentionally chosen to run this race (as opposed to the Middlesborough 10k because of its proximity.

The race wasn't your standard morning run (it kicked off at 2pm) so it was simply a case of driving the 30 minutes or so to get there.

Due to the later starting time, sleep wasn't really in issue.

Having arrived at the race course early I figured that I would do a brief warm up about an hour prior to the race. I slowly ran approximately 1.6 miles.. I didn't want to overdo it.

Being a smaller race there were no pacers and as such I was going to have to pace myself. Knowing how hard the York 10k had been I realised that it was imperative that I paced an even race. York did give me an idea of what I was capable of so I went out intending to do even splits aiming for a 38 minute race (6:07 minute miles).

I set off and quickly got into things. I explicitly made sure not to go out way too fast (as usual). It immediately became apparent that this wasn't a simple road race when we went onto a bridleway. Running through mud (it was a little damp) and uneven ground was a little annoying, but manageable. I took note of people around me, and for the most part we stuck together (inadvertently) for the race.

I remember crossing the 5k mark and seeing 17 minutes something on the clock. I was too tired to take note of the seconds, but given that my 5k PB is 19:14 (I havn't run one in a while), I was shocked.

Whilst not at all comfortable I didn't think I was going to die until the final mile, mile and a half. It was certainly better than my York experience.

I had been running with another guy (who I later found out was called Charles) for the whole race. We were back and forth as to who was in front. I think subconciously he helped pace me all the way. He was super encouraging in the last miles and pushed me to get to the end. I am very grateful to Charles. (He beat me in the end by a few seconds.. but he deserved it).

This race was a bit make or break for me (confidence wise) as we head towards the Berlin marathon. Fortunately I did well and it was all positive.

I beat my 10k PR which is fantastic.

I am still of the view that the 10k is not the race for me. You get to 5k and just want the pain to end. I firmly believe that I am a distance runner and that I get better the further I run.

As far as the event goes, it was an extremely well organised event. There were lots of families, and was a generally fun and inclusive atmosphere. Rather than get a medal each finisher got a mug. It was quirky, and a bit different.

The only downside for me was that at the end the only recovery sustenance was a third of a banana and a bottle of water. I really could have done with something more conducive to recovery.

Overall another great race that I'd certainly recommend to others.