The meaning of my new chest tattoo

By: Thomas Clowes
Nov 18, 2019
4 min read
A look at the meaning behind my new Gohan chest tattoo by Isnard Barbosa. 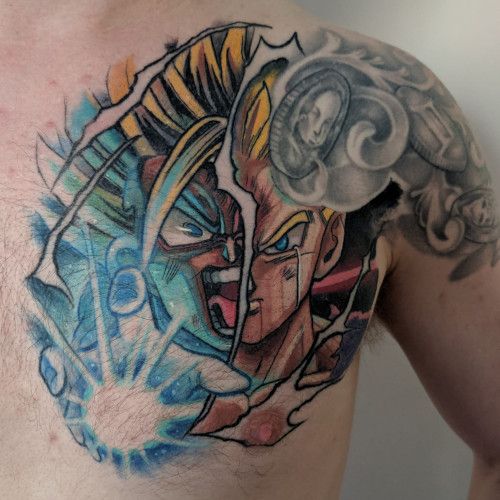 I was aware that I had previously written blog posts about the meaning behind my tattoos but upon further investigation I had only written this one about my shin piece back in 2016. I just re-read it and found it interesting. I had perversely forgotten how much thought had gone into that design.

Back in October I went over to Dublin, Ireland to get a chest piece from Isnard Barbosa. Ish has a great reputation and his work speaks for itself. I knew that he was a busy guy and from the get go was totally OK with letting him take an idea and run with it.

I have learned with tattoos that you have to just choose a great artist and trust them to execute. If you sit there and try to retain too much control they'll just get annoyed. After all, good artists have an abundance of opportunities to work - why would they do something that is going to be annoying or difficult.

I had specifically seen this piece of Cell from Dragonball Z and was aware that Isnard was a big anime fan. When he opened his books I dropped him a note and got a prompt reply that he'd be interested in doing a Gohan piece for me.

A Gohan tattoo was the first tattoo idea I ever had back when I was 16. As mentioned in my previous piece one of my favourite (mis)quotes is "Gohan never give up! Trust in your own power! You are the strongest one in the whole universe."

The tattoo that I very nearly got when I was 17 was a split face Gemini tattoo that was meant to be half happy/friendly and half angry representing the split sides of my personality. The only reason I didn't get it was because the tattoo artist wasn't convinced that I actually wanted it and in hindsight he was totally right. Thanks random Shrewsbury tattooist !

So the meaning is fairly simple really - that quote. It's just a fairly prominent reminder to myself that I should trust myself because I am not a terrible person and am pretty good at things when I focus my mind (and energy) on them/believe in myself.

This one took about 6 hours in total and it was awful. In my post about my previous tattoo post I said that that was my most painful tattoo. That is no longer true. Chest tattoos hurt. Especially around nipples and on the sternum.

Ish was a great guy though and very accommodating. We watched lots of anime (he introduced me to One Punch Man) and had some interesting chats. He is tattooed and has a chest piece so knew/was able to warn when it was going to hurt.

Design wise, when I turned up Ish was having a play with different design options. He came up with a few possible directions and got my opinions.

The first solid design he came up with was this one:

I was happy with it but didn't like the three eyes in a single design. Ish obviously sensed that I wouldn't be completely happy with it on my body and continued playing until he came up with the design that we ended up going with:

I had planned to just play on social media for 6 hours but my inability to hold my phone still, my constant sweaty palms, and my general inability to concentrate on anything other than the pain made that somewhat hard.

As with my last big piece it was one of those ones where at the end you are not too sure how you got through it.. but you did.

One thing that was especially great was the fact that Ish is a true artist with a passion for creating great work. Once it was done he cleaned everything up before changing his mind and having me sit back down because he had thought of further ways to make the tattoo better.

Hopefully I'll be able to go back in 2020 to have my shoulder piece touched up/restyled my Ish to fit in better. 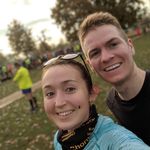 Wicked weekend with @thisalexcan More of the same please 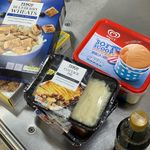 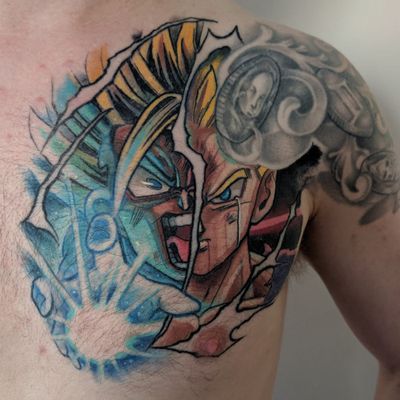 The meaning of my new chest tattoo 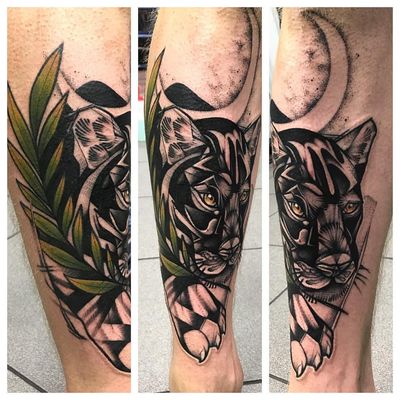