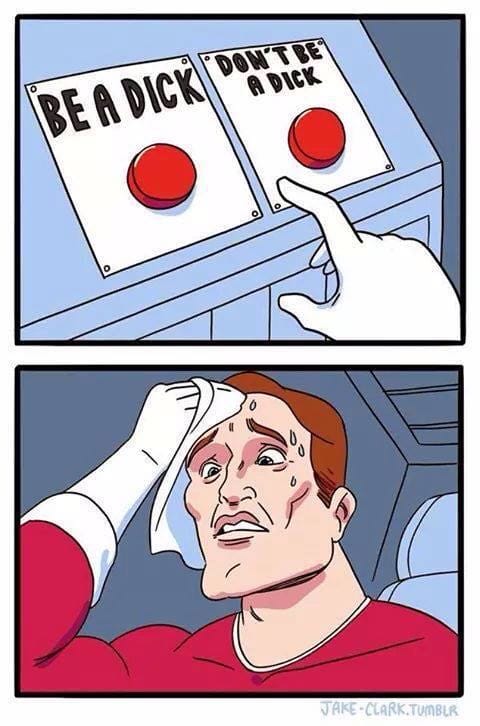 I generally consider myself to be a pretty nice dude. I generally keep myself to myself, but if I like you, I am a great friend to have.

If life were a sticker collection, I would definitely be shiny.

That said, I tend not to go out of my way to be 'less than good' to people that I do not like. Instead I just ignore them.

So chilling in Da Nang, I got a bit fed up of moving around hostels/trying to find an apartment. I ended up in a pretty nice hostel. I negotiated a bit of a discount on a private room (I need sleep to run) but it was more difficult than I had anticipated.

General business logic tells me that it would be pragmatic for a hostel owner to work hard for long term stays - it is a room that you no longer need to worry about renting. The owner was not accommodating. "I'll think about it", "I'll let you know" yadda yadda. I ended up having to constantly follow up to see if my offer was going to be accepted or if I was going to be on the street. This pissed me off.

Things got sorted eventually.. but then, true to form, I was met with the request to move out of the room into a dorm because they had accidentally double booked. Being a nice guy I agreed. Then I thought about it.

It hit me that they had not been good to me, and that moving out for one night as a 'favour' was actually kind of annoying. So I changed my mind. I was extra difficult. I refused to move out, and told the owner all the bad things about the hostel at the same time.

I often jest that I "don't like people", yet on this occasion I realised that I am being unnecessarily nice. Sometimes you just got to be a dick, or just say it how it is. Otherwise people don't learn, society never changes, and nothing gets better.

I told this dude what sucked about his business, and the next day I got invited for dinner with his family. Go figure.

Be difficult. Be a dick. Nice guys finish last.