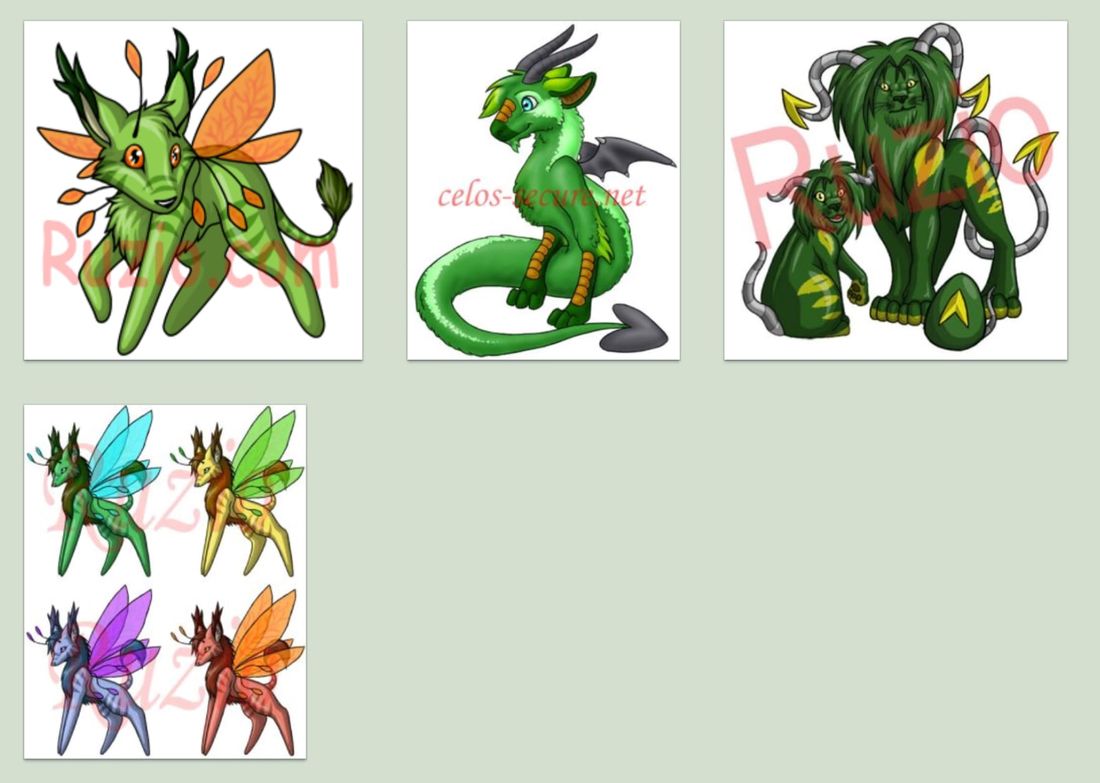 When I was 11 my parents sent me to boarding school. This is to this day the most contentious issue in my relationship with my parents. Well.. I lie. At this point in time I think we have agreed to disagree and simply do not talk about it.

This is relevent. During my time at boarding school I stumbled upon computers. Information Technology (IT). The Internet.

I remember one day rushing to my classroom after breakfast (and before lessons) such that I could play Chizzy. Chizzy (back in 2012) was a virtual pet site where you adopted a pet, and looked after it. There was a virtual economy for items which you would collect, trade, and use (for example to feed your pet). 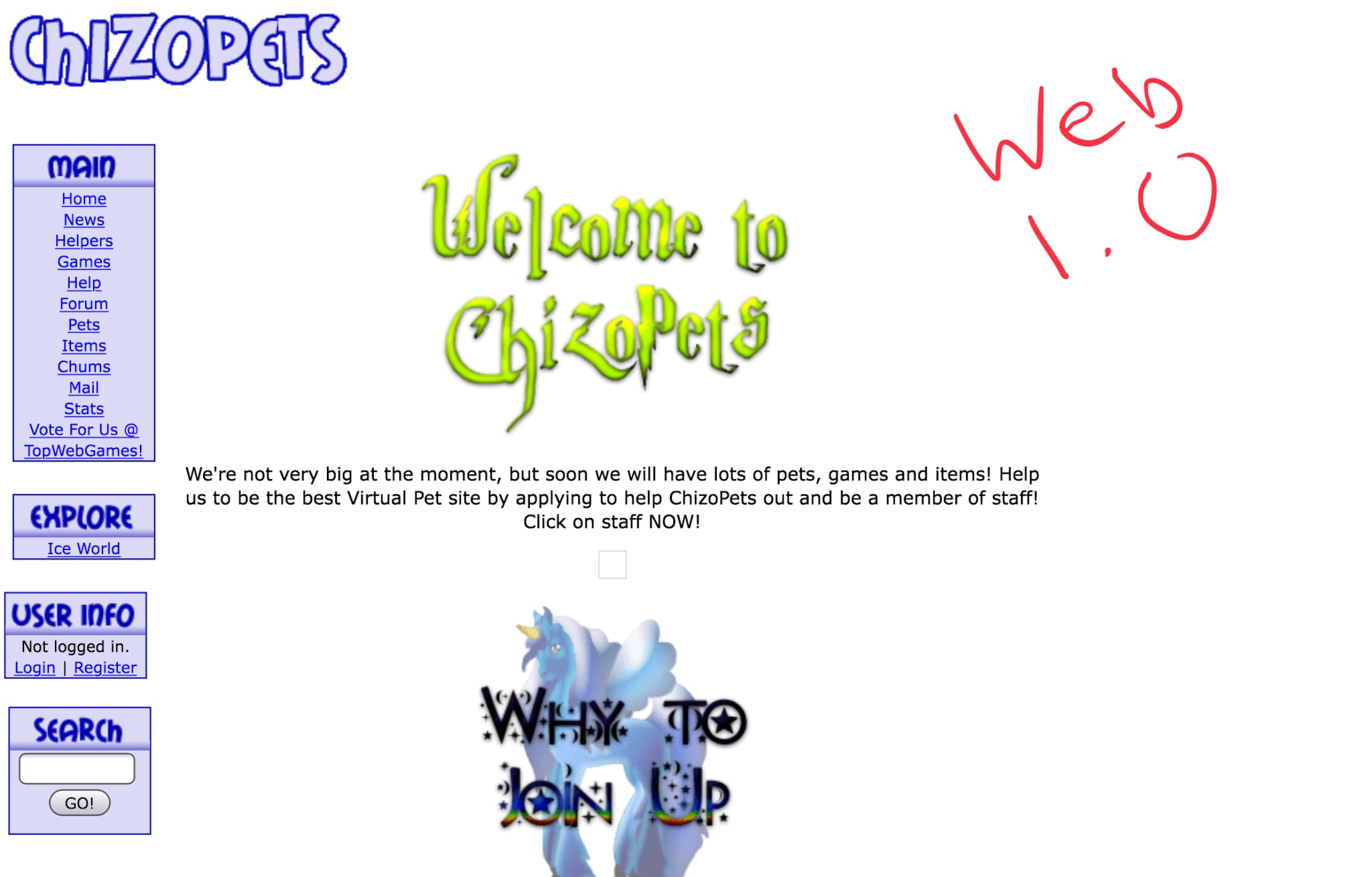 On that occasion I got banned from using any school computer for a month. Using a teachers computer to look after a virtual pet was apparently not cool.

I played a number of virtual pet sites when I was younger. I was also really good at them. I always collected all the best items, and I was well known in the community.

One of my favourite sites was Jinopets. They introduced storylines to the genre. At Christmas they had 'The 12 days of Christmas' where you could collect rare items that were only released for 24 hours. I had the biggest 'Club'on the site, and was one of only two people to 'restock' The Door to Wonderland (the rarest item in the game).

I am rambling. Remembering my childhood is fun.

It was these games that made me want to run my own. I learned how to code and built 'Ruzio'. Ruzio was a surprisingly successful virtual pet site. I learned a lot about software, and a lot about the world. Unfortunately the power went to my head. I had no incentive to collect rare items.. I just gave them to myself. Nor was I as good a story teller as I thought I was :) We created an awesome community, and had a great time but in the end it disappeared into nothingness. 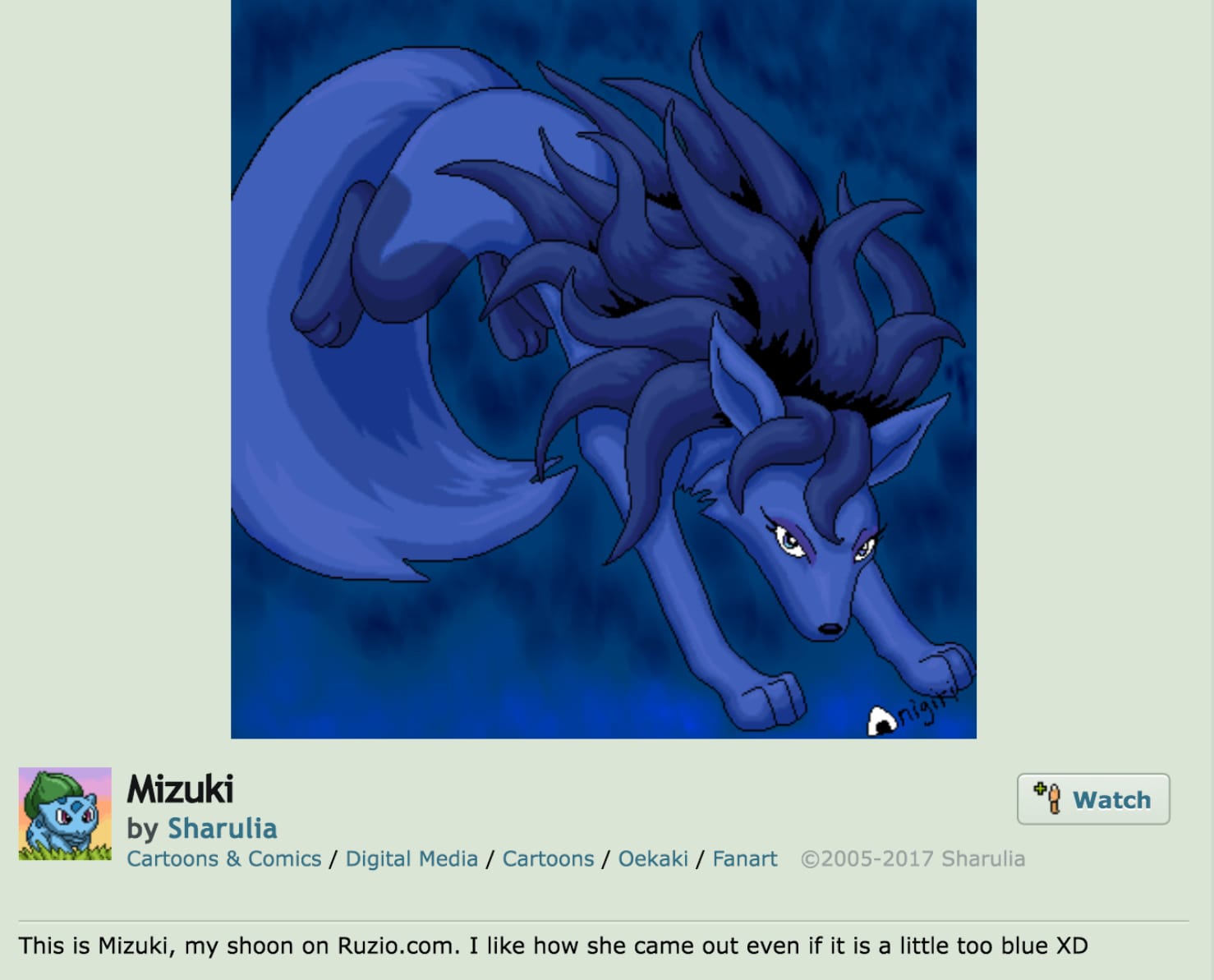 It got the ball rolling. From 14 - 22 I learned how to code. I built random pointless things. At my next school I built various web based proxies to bypass the schools censorship system. Winner.

Whilst at school I also learned about domain names. Originally I bought some for my projects, then I realised that there was surely a market for them. Nowadays my company owns, develops, and resells domain names. It is fun. As a massive simplification of my business, domain names allowed me the financial discretion to spend more time building software which is what I really enjoy.

So far we have Virtual Pets --> Software --> Running a software company. Circle time.

Working in software exposes you to the world of technology. Through spending all day every day on the Internet I was aware of Bitcoin. I never bought any Bitcoin. Didn't/Don't think it has any real value. Never has, never will. It is a speculative instrument, nothing more. Personal opinion.

Independent of my views on Bitcoin, my biggest knowledge interest area is Behavioural Economics. People were buying Bitcoin back in 2012 - 13, and I was very tempted to join the crowd. The only reason I did not was because it was 'too complicated'. Such is life. Hindsight is a bitch.

Fast forward a few years and I stumbled upon Ethereum. The Ethereum concept is a game changer. I read about it and immediately thought that its propsed potential was undeniable. I read some more. This time I did invest in 'Ether', Ethereum's 'currency', but.. again, hindsight is a bitch. I should have invested a lot more.

That said, I have no regrets because the technology was the selling point of Ethereum, and that continues to be the case. I have spent a lot of time reading about Ethereum, and learning about it, and I spend a lot of time on Stack Exchange reading, and answering questions.

In late 2016 I decided (as director I can do that !) that my companies PubReviews.com wasn't going to be the money spinner that I had anticipated ;) I started working on EthTools.com (a series of tools for interfacing with the Ethereum blockchain). EthTools is also not a money spinner. In fact, it is a money drain. Ethereum is growing so quickly that our storage and bandwidth costs are growing exponentially BUT I wanted to take a punt on being a first mover in a quickly changing world. One day perhaps EthTools, and the software side of Double Negative will be more 'viable' (in the traditional sense). 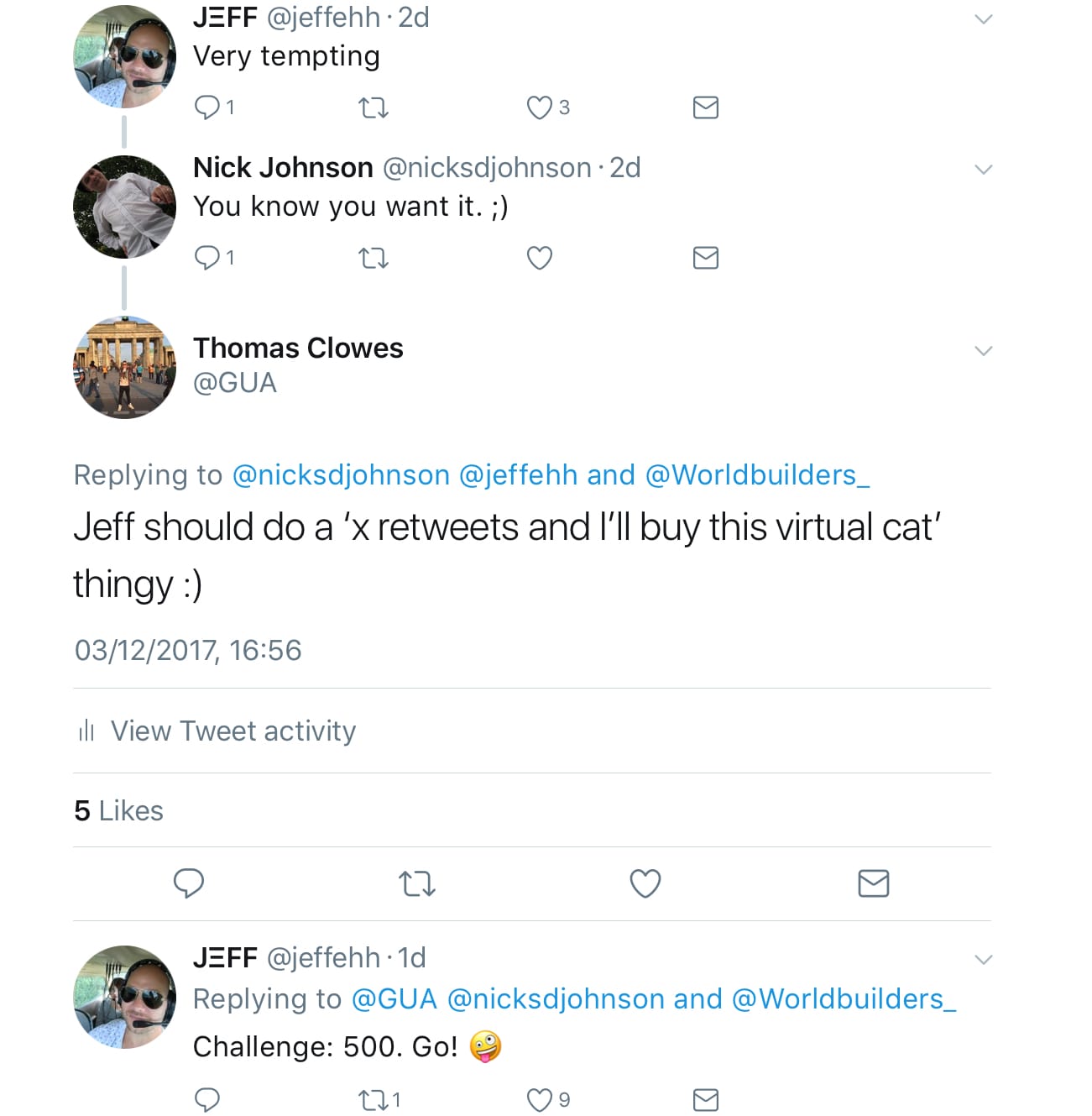 This post details the full story about how Nick Johnson's generosity, and my goading of Ethereum co-founder Jeff resulted in a retweet storm that caused: 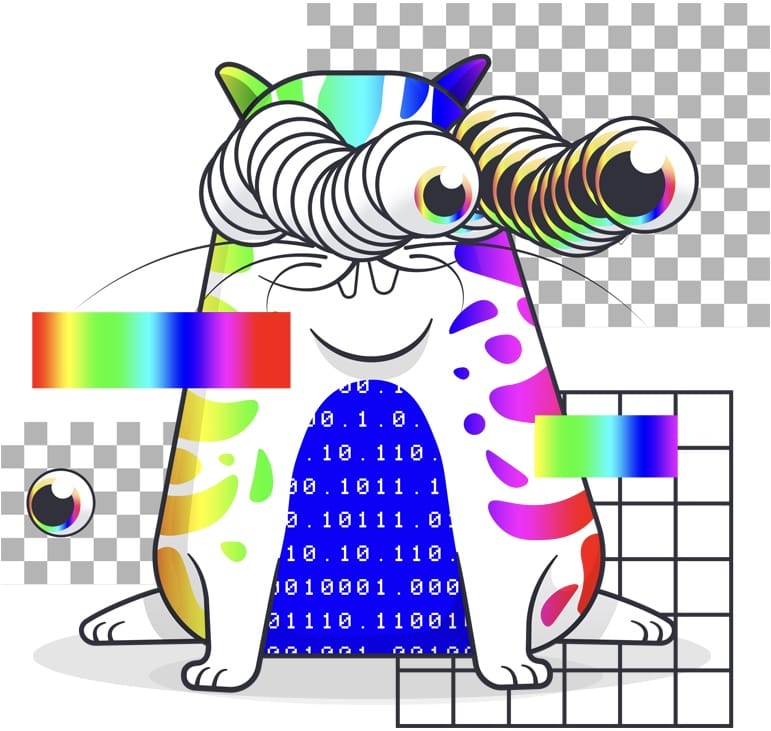 This virtual cat to be converted into a $75,000 USD donation to Worldbuilders.

When I watched this series of events unfold a few days ago I thought "Hey, this is cool". Then I thought about it a little more and whilst my intention was never to self-ego-massage it made me think that following my interests and passions got me here.

You hear countless stories of 'successful person x' whose teachers told him he would never amount to anything. This is like the boring lame version of that story.

Whilst I am not super successful, I work for myself doing what I enjoy. I know more people who hate their jobs than who don't. As such I consider myself very lucky.

Whilst it wasn't me who donated to Worldbuilders (high 5 to the awesomely generous individual who did), I think it is pretty cool that I played my little part.

When I was 15 and still playing virtual pet games, many people looked down on me. When at 16 I was buying domain names, some people were like "Erm.. what the fuck". I'm 27 now and I think I am a fairly well rounded individual. I run my own company, spend my days working on cool stuff, and get to interact with cool people. Whats not to like.

Do what you enjoy. Fuck everyone else.

When I was a kid my older brother and I used to argue about who was better 'at computers'. After a while he stopped. 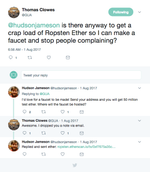 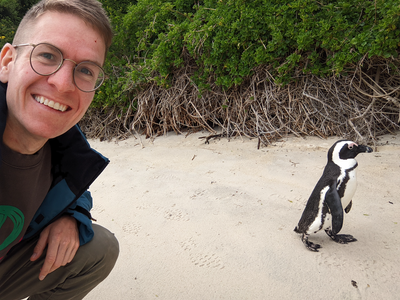 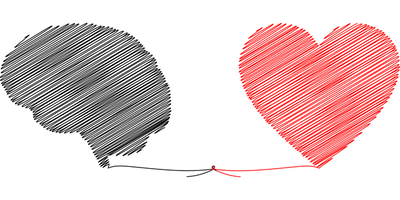 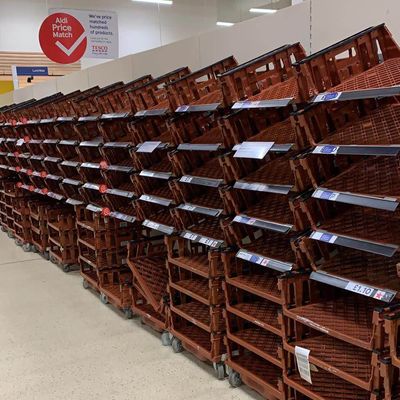