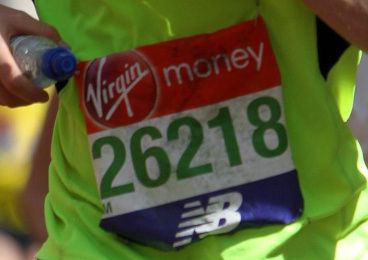 I knew whilst training for the Boston Marathon that I also had an entry into the London Marathon.

Boston (being Boston) was my goal race.

That said, (me being me) I knew that if I hit my goal (sub 3) in Boston then I would almost certainly run London too. As Boston got closer and I battled with my injury woes my thinking was that I would hopefully still execute in Boston and then could defer London to be my goal race in 2019. A little familial pressure meant that after nailing it in Boston I figured I'd just do London anyway. 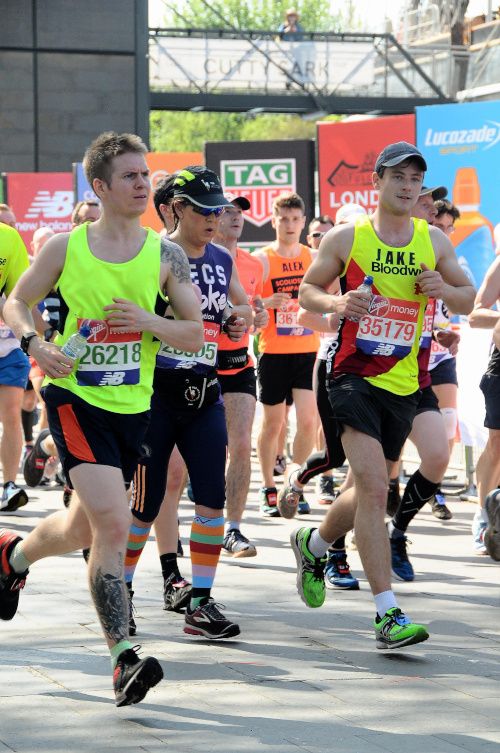 The common marathon advice is to 'respect the distance'. Being on a Boston high I didn't. I had no pressure and figured I would just jog around and enjoy myself.

Having only had 6 days to recover the plan was to meet up with my brother and run together at 3:30 pace slowing or speeding up to feel. Meeting up?? So.. we were both in different staring pens - London has different starting pens. We couldn't start together. Each pen does have a selection of pacers so we came up with a master plan:

The issue was with the execution. Turns out that London's organisation is a little.. meh. My pen started 13 minutes before his. I didn't know this at the time but realistically we were never going to meet. Regardless, I tried to execute the plan.

Running at 3:30 pace seemed slow so just staying with my pacer required concious slowing down. I realised that I was ahead of his pacer and the red pacer, and I came to the conclusion that the distances were sufficiently large that he would never be able to catch up to my pacer and then run the rest of the marathon so I went off plan and slowed down to find him. By mile 6 I just stopped. I realised the other pacers were so far back that I would never see them unless I stopped there was 0 chance of us meeting. I stopped dead for 4 and a half minutes. No one had a clue what I was doing :P Eventually the red pacer came past so I joined him. My brother was nowhere to be seen.

I ran with the red pacer until mile 11 or so and then came to the conclusion that meeting up was never going to happen. At that point I figured I should try and catch up the time in the second half an regain those 4 and a half minutes and come in under 3:30. Worst idea ever. 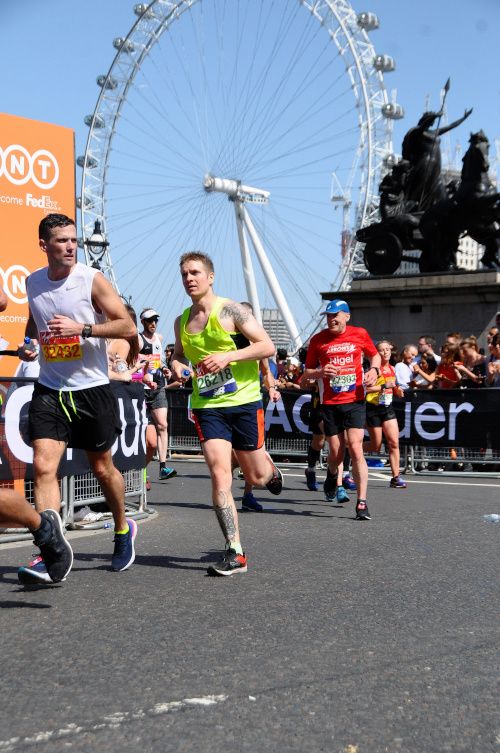 I ran the next 7 miles or so significantly quicker. Having dropped back a lot I now had to overtake a lot of people. London is mainly filled with ballot entries and as such there was a large number of people whose running etiquette left something to be desired. Moving forward essentially required barging past people who would just stop dead and/or zig zag randomly across the course. That shit takes it out of you.

Anyhow the biggest issue was that 6 days is not long enough to recover from one of the hardest efforts of your life. I had naively assumed that because I can run marathons quickly I can run marathons slowly regardless of my physical conditon or the weather conditions.

At Mile 18 I was completely spent. I had paced the race completely awfully. I had wasted energy looking behind, and forcing myself to go slowly in the first quarter. Stopping dead had cost me nearly 5 minutes. Running the second half too fast for my physical state had eaten me. I now had to run 8.2 miles when I didn't think I could run 1.

Marathon running for me is normally 90% mental. You do the training and you nail the physical aspect. Then you just handle your mind on race day. I had always said that If my back injury had beaten me down at Boston I would have crawled to the finish. I would never not finish. This attitude seemed appropriate now. 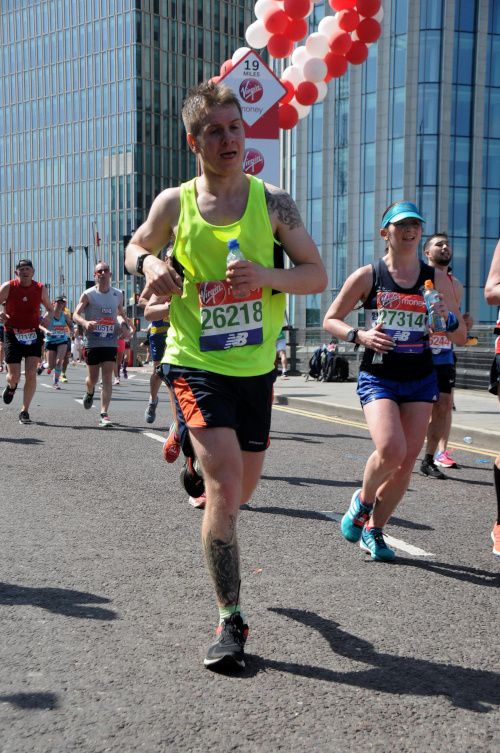 At Mile 19 I thought I was at Mile 20. That was soul destroying. Miles 21 onwards were the true start of 'The Death March'. I have never walked in a race, and barely ever given up on a training run but on this occasion it wasn't a case of giving up.. there was no choice. I needed to walk.

I walked/ran on/off for the last 5 miles. I am aware of human physiology and knew that if I stopped for too long I wouldn't be able to start again. I tried to keep the walks short. I did things that I needed to do anyway whilst walking - drinking, taking gels etc. I have no idea how long I walked for but there must have been at least 6 or 7 occasions. What is interesting is that looking at my mile splits it didn't kill my times too much. I suspect that after the short break I was then running faster meaning that it averaged out as only being slightly slower. 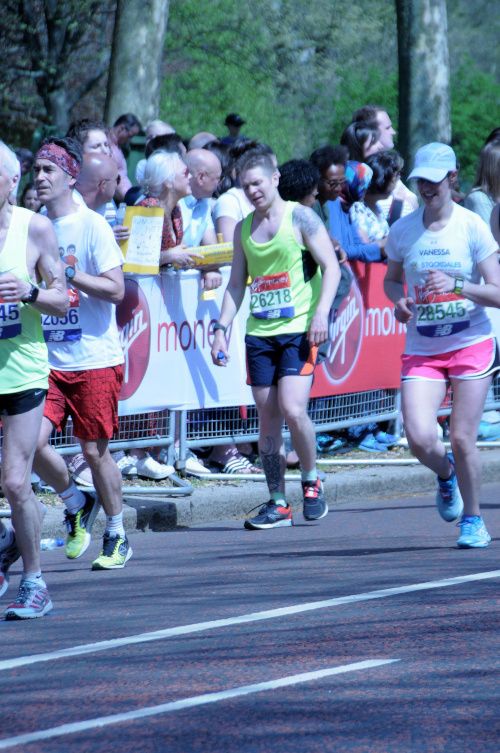 When I came in in 3:35 I was super surprised. After I stopped looking at my watch I had imagined that sub-4 would be a success. 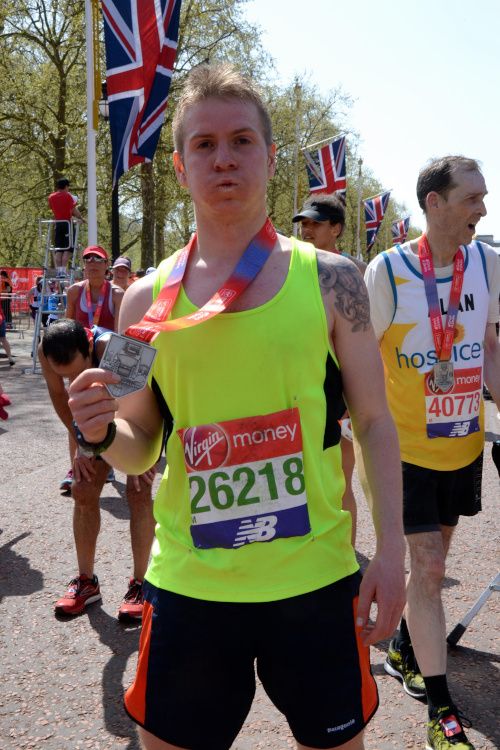 I said to most people I spoke with that this was a great day because everything went hilariously badly. Given the circumstances I am happy with my time. Personal worst and all.

The learning experience is obvious. I started a marathon with a pretty far-fetched plan that didn't consider the fact that running a marathon in itself is f**king hard work. I wasted energy going slowly. I wasted time going slowly. In hindsight that is insanely stupid. Marathon plans shouldn't 'hopefully' work, they have to definitely work so you can focus on the.. you know.. marathon.

Speeding up to then try and make the time back. Also stupid.

Then there is the whole running a marathon 6 days after a marathon. Stupid.

Anyhow. Live and learn. My plan is to run London as a goal race in 2019 (assuming I can get in with the new Good for Age rules). I've never run a marathon twice but then again I had never walked in a marathon until Sunday. Things change.

If I can't get in again.. oh well. The London organisation left a lot to be desired. It's a good race, not a great race.

I'll leave you with this classic: 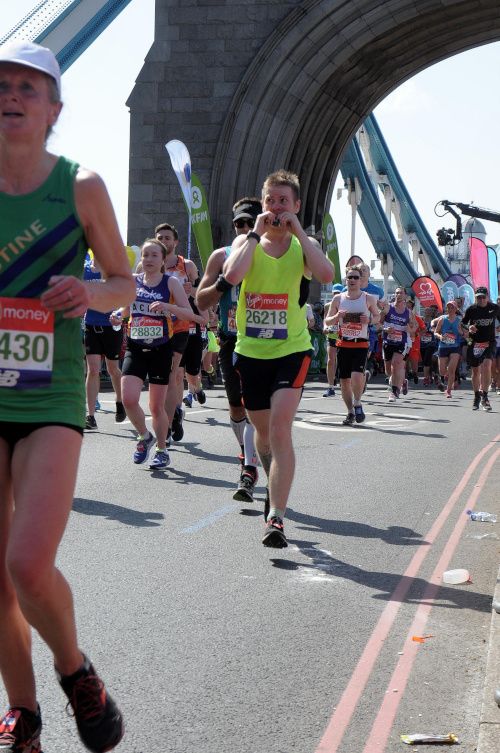